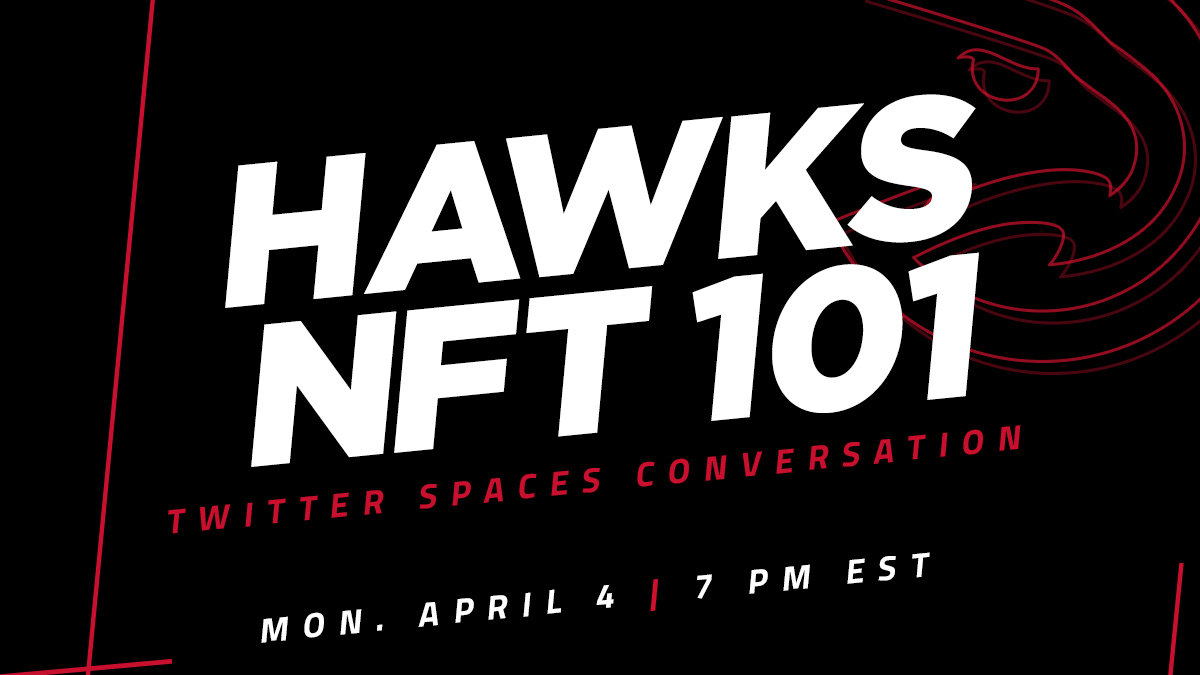 At Dapper, we are passionate about educating the community about the world of crypto and NFTs. As such, we are honored to co-host a Twitter Spaces panel with the Atlanta Hawks called NFT 101.

To celebrate, we wanted to give back to the community for participating in the discussion and give $20 in Dapper Balance to 20 randomly selected Twitter Spaces participants that submitted questions. For more details on the Dapper NFT 101 contest, please see the official rules below.

‍ELIGIBILITY: The Contest is open to all individuals that participate in the Twitter Spaces Panel entitled “NFT 101” that will occur during the Contest Period, who are of the age of majority in the jurisdiction of their residence, and that do not reside in a country or region that is contained in Exhibit A of the Dapper Service Terms of Use. Employees of Dapper Labs Inc. (“Sponsor”, “we”, or “us”), the Atlanta Hawks, and its and their respective parents, subsidiaries, affiliates, promotion and advertising agencies, and members of their immediate families (spouse and parent, children and siblings and their respective spouses, regardless of where they reside) and persons living in the same household, whether or not related, of such employees, are not eligible to win. Void where prohibited by law (specifically, in Canada, the Contest is not open to residents of Quebec). The Contest is subject to all applicable federal, provincial, state and local laws.

‍PRIZE: 20 eligible Contest entrants will each be selected to win the following: $20 in non-withdrawable and non-transferrable Dapper Balance (each a “Prize”). Prizes are awarded “as is” with no warranty or guarantee, either express or implied. Winners may not substitute, assign or transfer their prize or redeem their prize for cash, but we reserve the right, at our sole discretion, to substitute prizes (or portions thereof) with ones of comparable or greater value.  Winners are responsible for all applicable federal, provincial, state and local taxes, if any, as well as any other costs and expenses otherwise associated with accepting any prize. All prize details are provided at our sole discretion. Sponsor will not be required to award more prizes than the number of available prizes set forth in these Official Rules.

‍HOW TO ENTER: To enter the Contest, you must complete the following action: During the Contest Period, Respond to a tweet by @hellodapper with a question for any of the panelists.

Make sure that you do not delete your tweet until all Prizes have been awarded for the Contest; if you do delete your entry during this period, we may not be able to confirm your status as a winner, so you will not be eligible to be entered to win one of the Prizes.

You understand that your Entry may not contain, as determined by the Sponsor in its sole discretion, any content that:

Each Entry must not infringe upon the copyrights, trademarks, rights of privacy, publicity or other intellectual property or other rights of any person or entity.

By submitting an entry, entrant hereby grants permission for the entry to be posted on meetdapper.com or dapperlabs.com or other websites or social media and to be circulated and used in other digital media as Sponsor may determine. Entrant agrees that Released Parties (as defined below) are not responsible for any unauthorized use of entries by third parties. Released Parties do not guarantee the posting or use of any entry.

PRIZE WINNER SELECTION: Sponsor will select 20 winners to receive a Prize, at its sole discretion. The determination will be made on the merits and novel nature of the question proposed. The odds of winning depend on the number of eligible entries received. Many will enter, only 20 will win. Sponsor reserves the right not to award all Prizes if, in its sole discretion, it does not receive a sufficient number of eligible and qualified Entries. Prize awards are subject to verification of eligibility and compliance with these Official Rules.

WINNER NOTIFICATION: Potential Prize winner[s] will be notified by either a direct tweet, a response tweet, or direct message. Each potential Prize winner must then respond to Sponsor within 48 hours to acknowledge receipt of the notification. The inability to contact, or receive a response from, a potential winner through email may result in disqualification and, at Sponsor’s discretion, the awarding of the applicable prize to an alternate potential winner in a random drawing from among all remaining entries for the drawing at issue. The Released Parties (defined below) are not responsible for any delay or failure for a potential winner to receive notification from Sponsor, or for Sponsor to fail to receive a potential winner’s response, for any reason, including inactive account(s), technical difficulties associated therewith, or a potential winner’s failure to adequately monitor any account. The Released Parties are not responsible for communications that are undeliverable as a result of any form of active or passive filtering of any kind, or insufficient space in an entrant’s email account to receive email messages. The Released Parties are not responsible for false, incorrect, changed, incomplete or illegible contact information.  Any Canadian resident selected to win the Prize must correctly answer a time-limited math skill-testing question, in addition to otherwise satisfying all other Contest requirements, in order to be confirmed as the Prize winner.

Prize awards are subject to verification of eligibility and compliance with these Official Rules. Further, all Prize Winners must create a dapper wallet account.  Dapper wallet accounts can be created for free at meetdapper.com. Our decisions are final and binding on all matters related to the Contest (including, without limitation, making final determinations with regard to the status of Entries).  Non-compliance with these Official Rules by any potential winner will result in disqualification, and, at our sole discretion, Prizes may be awarded to other winners.  This Contest is not intended for minors.  Notwithstanding the foregoing, if any potential winner is an eligible minor in his or her jurisdiction of residence, we reserve the right to award the prize in the name of his or her parent or legal guardian, who will be responsible for fulfilling all of the requirements impose on winners set forth herein.

‍GENERAL CONDITIONS:  By participating in the Contest, each entrant agrees: (a) to abide by these Official Rules and decisions of Sponsor, which shall be final and binding in all respects relating to this Contest; (b) to release, discharge and hold harmless Sponsor, and their respective parents, affiliates, subsidiaries, and advertising and promotion agencies, and the respective officers, directors, shareholders, employees, agents and representatives of the foregoing (collectively, “Released Parties”) from any and all injuries, liability, losses and damages of any kind to persons, including death, or property resulting, in whole or in part, directly or indirectly, from entrant’s participation in the Contest or any Contest-related activity or the acceptance, possession, use or misuse of any awarded prize; and (c) to the use of his/her name, voice, performance, photograph/video, image and likeness for programming, advertising, publicity and promotional purposes in any and all media  (including digital media), now or hereafter known, worldwide and in perpetuity by Sponsor and its designees, without compensation (unless prohibited by law) or additional consents from  entrant or any third party and without prior notice, approval or inspection, and to execute specific consent to such use if asked to do so.  By participating, entrants also agree not to release any publicity or other materials on their own or through someone else regarding their participation in the Contest without the prior consent of the Sponsor, which it may withhold in its sole discretion.

‍OWNERSHIP/USE OF ENTRIES:  By submitting an Entry, each entrant agrees Sponsor shall own the Entry submitted (including the copyright thereto and all rights embodied therein) and that it and its designees may exploit, edit, modify, and distribute the Entry and all elements of such Entry, including, without limitation, the names and likenesses of any persons or locations embodied therein, in any and all media now known or hereafter devised, worldwide, in perpetuity without compensation, permission or notification to entrant or any third party.

‍MISCELLANEOUS: Released Parties are not responsible for lost, interrupted or unavailable network, server, Internet Service Provider (ISP), website, or other connections, availability or accessibility or miscommunications or failed computer, satellite, telephone or cable transmissions, lines, or technical failure or jumbled, scrambled, delayed, or misdirected transmissions or computer hardware or software malfunctions, failures or difficulties, or other errors or difficulties of any kind whether human, mechanical, electronic, computer, network, typographical, printing or otherwise relating to or in connection with the Contest, including, without limitation, errors or difficulties which may occur in connection with the administration of the Contest, the processing or judging of the Contest,  the selection of winners, or the announcement of the prizes.  Released Parties are also not responsible for any incorrect or inaccurate information, whether caused by other entrants or site users, tampering, hacking, or by any equipment or programming associated with or utilized in the Contest.  Released Parties are not responsible for injury or damage to any person's computer related to or resulting from participating in this Contest or downloading materials from or use of the website.  Persons who tamper with or abuse any aspect of the Contest or website, who act in an unsportsmanlike or disruptive manner or who are in violation of these Official Rules, as solely determined by Sponsor, will be disqualified. Should any portion of the Contest be, in Sponsor’s sole opinion, compromised by virus, worms, bugs, non-authorized human intervention or other causes which, in the sole opinion of the Sponsor, corrupt or impair the administration, security, fairness or proper play, or submission of Entries, Sponsor reserves the right at its sole discretion to suspend, modify or terminate the Contest and, if terminated, at its discretion, select the potential winners from all eligible participants using the procedures outlined above. CAUTION: ANY ATTEMPT TO DAMAGE THE WEBSITE OR TO UNDERMINE THE LEGITIMATE OPERATION OF THE Contest MAY BE IN VIOLATION OF CRIMINAL AND CIVIL LAWS AND SHOULD SUCH AN ATTEMPT BE MADE, SPONSOR RESERVES THE RIGHT TO SEEK DAMAGES AND OTHER REMEDIES (INCLUDING ATTORNEYS’ FEES) FROM ANY SUCH INDIVIDUAL TO THE FULLEST EXTENT OF THE LAW, INCLUDING CRIMINAL PROSECUTION.

‍REQUEST FOR WINNERS’ LIST: We will post the winners of the Contest via Discord after the completion of the Contest. To request a winner’s list after that time, send us an email with “Winner’s List” in the subject line to [email protected] 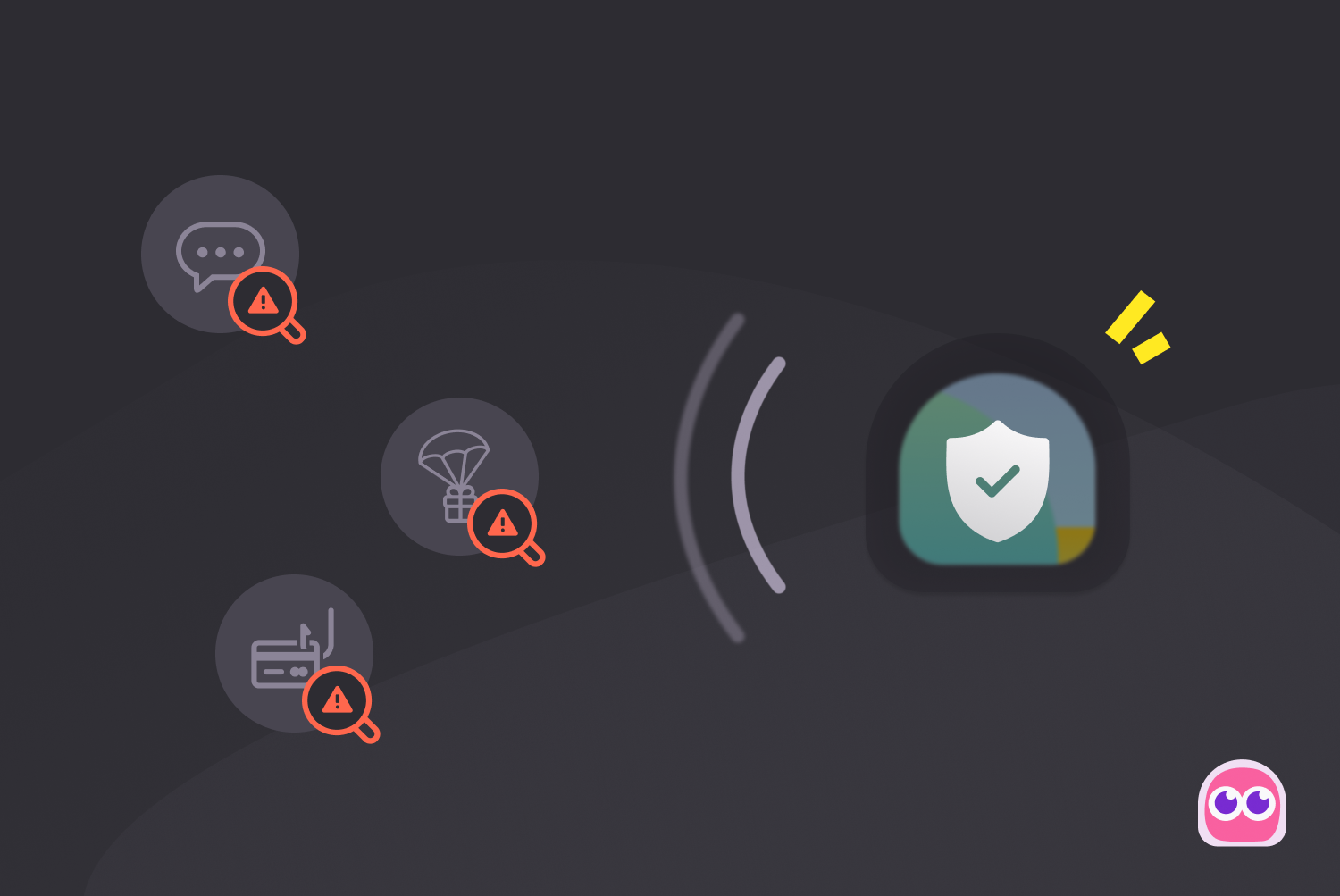 How to enjoy NFTs and avoid scams 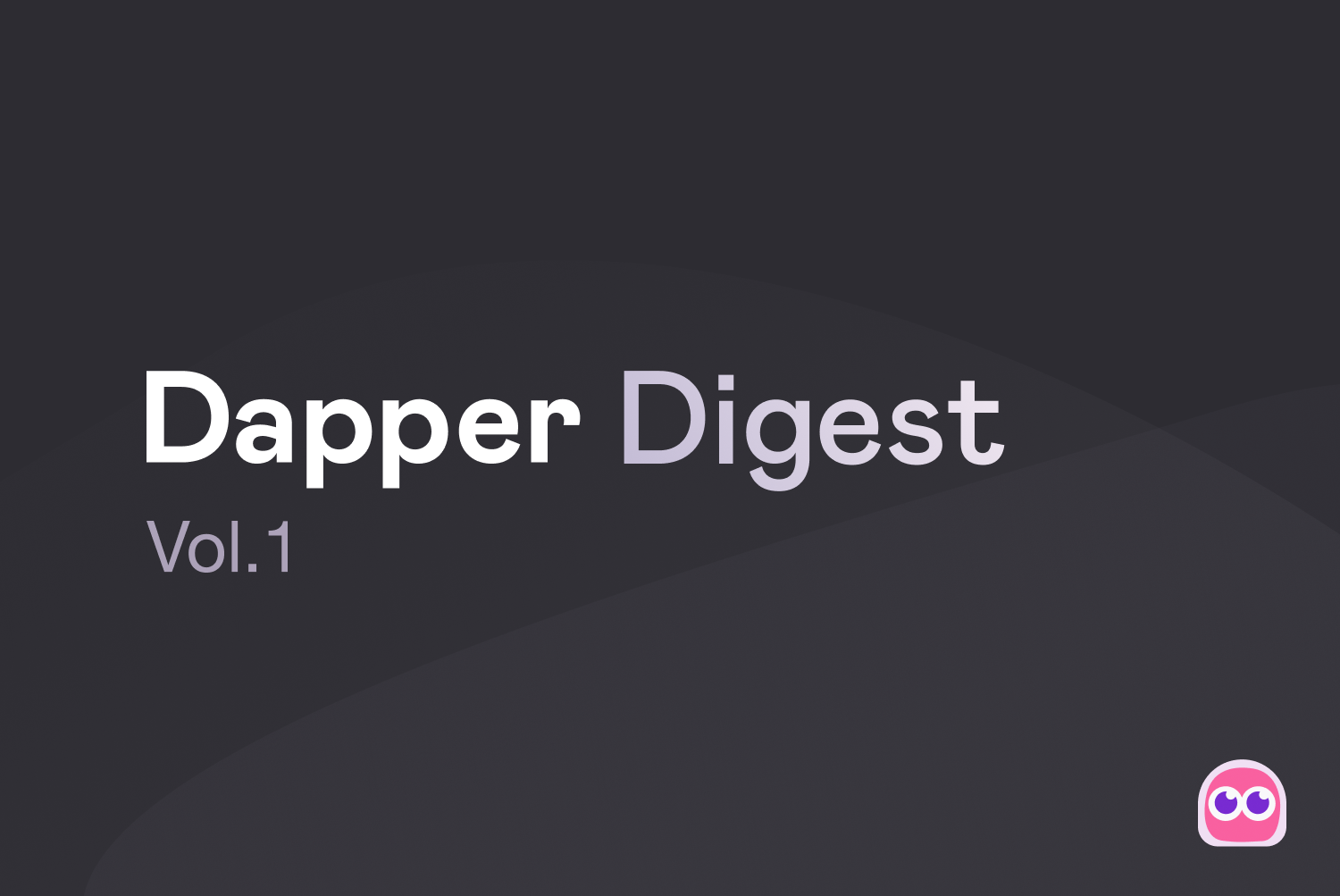