Everything You Need to Know About NFT Wallets 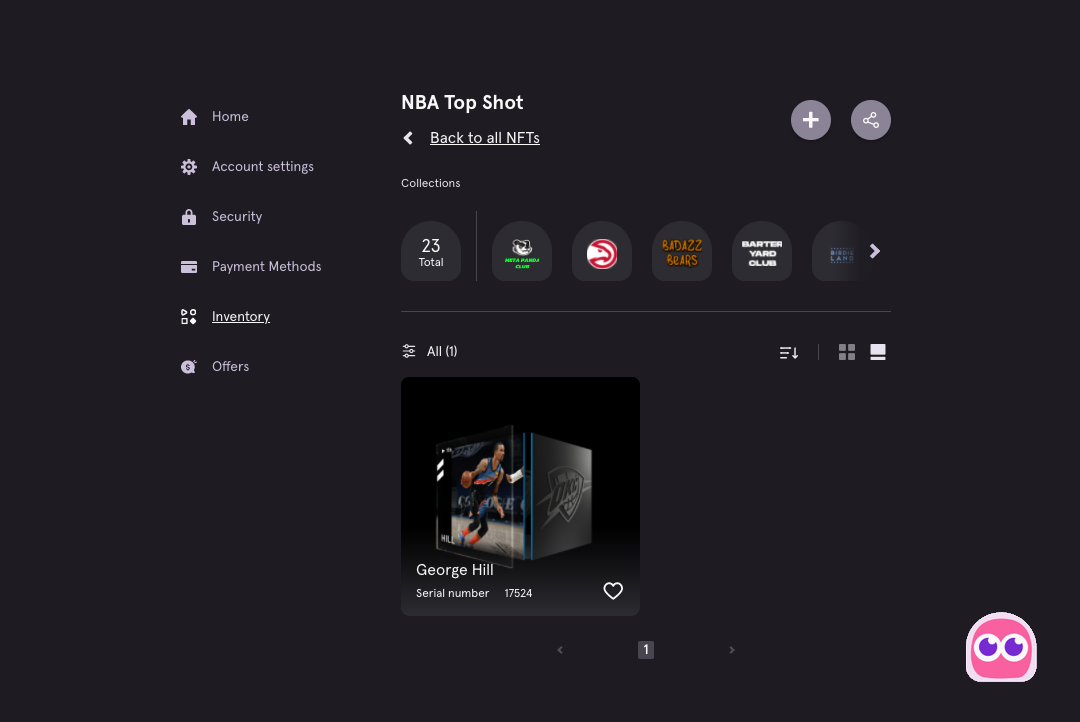 Are you interested in buying cryptocurrencies, collecting NFTs, and seeing what this new “blockchain” tech is all about, but don’t know where to start?

Step one to stepping into the world of blockchain is getting a digital, or NFT, wallet.

Today we’ll explain what that is, why you need one, and how to get it.

A digital wallet does two things:

However, the term “wallet” is a bit misleading. Unlike the traditional wallet in your purse or pocket, cryptocurrency wallets don't actually contain your cash and cards. Your crypto and NFTs live on the blockchain. Your digital wallet is simply the key you use to access and interact with them.

This system is like a safety deposit box in a bank. The bank holds your valuables and keeps them secure, but you’re given the key to access them when you need them. Thankfully blockchains are accessible 24/7, not just during banker’s hours.

What are these NFT things I’m storing in my wallet, anyway?

“NFT” is short for “non-fungible token.”

That probably didn’t clear anything up for you. So what’s a non-fungible token?

An NFT is a unique token stored on a blockchain. Each NFT represents some other asset, either physical or digital. Most often NFTs represent a piece of digital artwork, but they can be almost anything, including event tickets, collectibles, videos, or songs. By owning the NFT that represents that asset, you indicate ownership of the asset itself. Anyone who checks that token on the blockchain will see that you (or more precisely, your wallet) is the owner.

The world of NFTs is a complicated topic, but for the purposes of today’s lesson, all you need to know is that an NFT is a token that lives on a blockchain, and that you need a digital wallet to buy, store, and interact with it.

How to use your wallet

So now you know the basics of a digital wallet. Here’s an example of how all this works.

Let's say that you want to buy an NBA Top Shot NFT, hold it for a while, and then maybe sell it in the future.

NBA Top Shot NFTs live on the Flow blockchain, which keeps an immutable ledger—that is, a complete and unchangeable historical record—of each token and its sales, transfers, and transactions. This way, the Flow network can track the ownership of each NFT.

So if you decide to buy an iconic Lebron James dunk, you’ll need to interact with the Flow blockchain, since that's where all the NBA Top Shot NFT tokens are minted, recorded, and exchanged.

Luckily for you, there’s a digital wallet called Dapper that makes it easy to interact with the Flow blockchain.

To purchase your NBA Top Shot NFT, all you would have to do is sign up for Dapper. Then, you can use it to buy the NBA Top Shot NFT of your dreams. Congrats! In the background, the Dapper will update and link the NFT you purchased with the Flow blockchain.

As you'll remember from above, your digital wallet doesn’t “store” your new NFT in the traditional sense. Instead, it grants you exclusive access to the token on the Flow blockchain. The record on this ledger serves as unchangeable proof that you own the item.

How wallets keep your assets safe

But these long phrases were cumbersome to remember. Users were warned not to save them digitally on their devices, even as a screenshot, since if a hacker got access to them they could empty their wallet immediately. The best way to keep your seed phrase safe, the developers recommended, was to write it down on a piece of paper (or several) and keep them somewhere safe.

But that sounds like an old-fashioned headache. Naturally, despite this advice, many users opted to store their seed phrases in more convenient, but also more vulnerable, digital ways. Other people wrote their passwords down on paper, but lost them.

The problem is that if these users lost access to the devices holding their wallets and seed phrases, they got permanently locked out of their wallets. These wallets made considerable trade-offs between security and usability.

Nowadays, most digital wallets utilise effective methods of security that don’t come with such a high usability burden. For example, it is commonly required to set up something called Multi-Factor-Authentication (MFA). MFA usually asks users to confirm a login attempt by sending a secret code to their phone. If the code is input correctly, thus validating that the person logging in is the person registered to the account, the login will be successful.

Is Dapper a Web3 wallet?

You may have heard the term “Web3 wallet” and wondered if that term applies to Flow-compatible wallets like Dapper and Blocto. The answer is yes.

Web3 is an umbrella term that encompasses many aspects of blockchain technology: cryptocurrencies, NFTs, digital wallets, and blockchain networks themselves. Web3 is essentially shorthand for an online ecosystem based on blockchains.

The primary idea behind Web3 is that it’s decentralized. Data isn't owned and held in inaccessible central servers run by corporations, as it is with current systems. Instead, it's shared among every user of a blockchain network. Everything is transparent, accessible, and more equal. Users have more control over their data and privacy.

Wallets like Dapper provide a vital way to connect with Web3 and enjoy all the exciting possibilities it brings, all while keeping your data and assets safe.

CTA: Sign up for Dapper and start enjoying blockchain today. 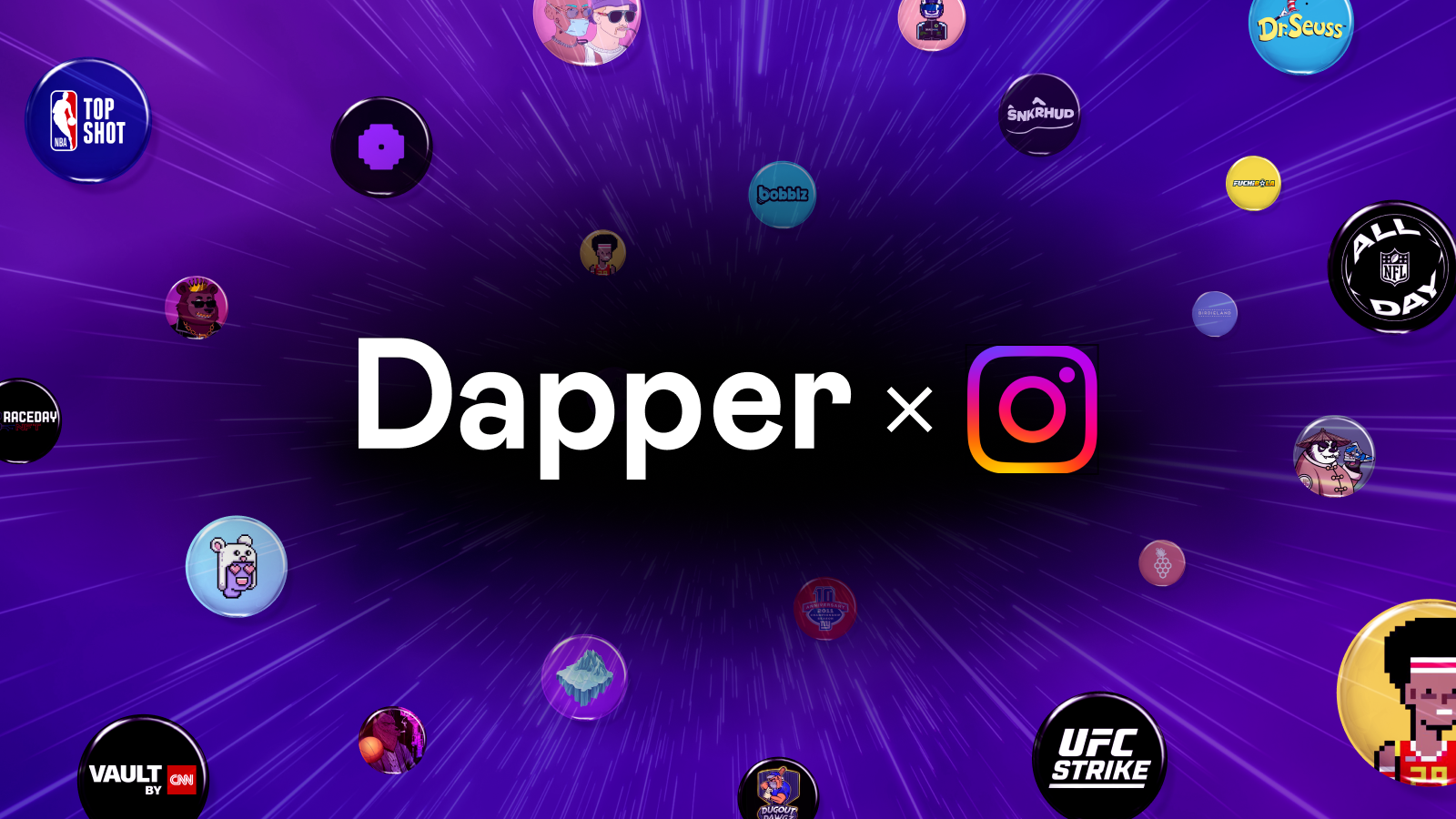 Flow NFTs are coming to Instagram–Get your Dapper ready 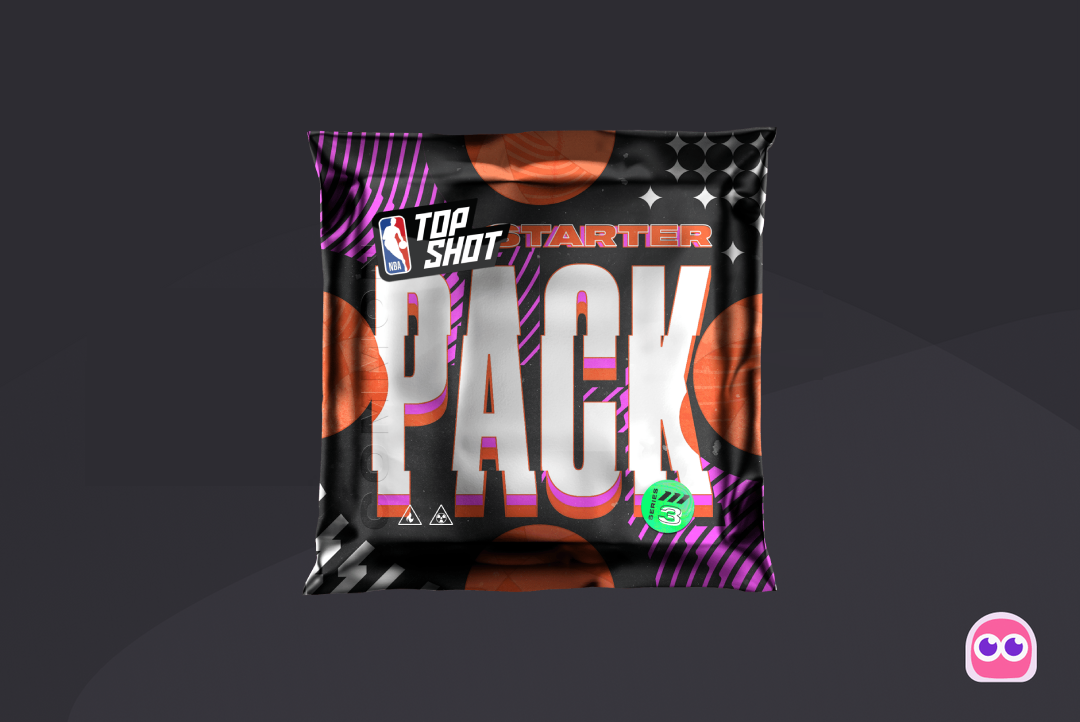 How to Buy Your First NFT